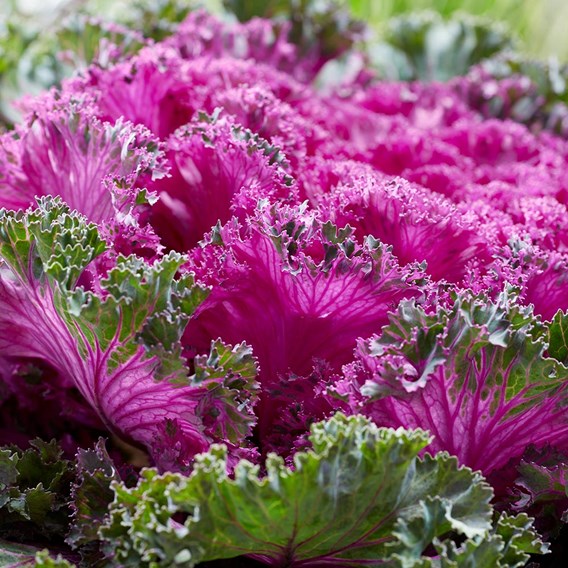 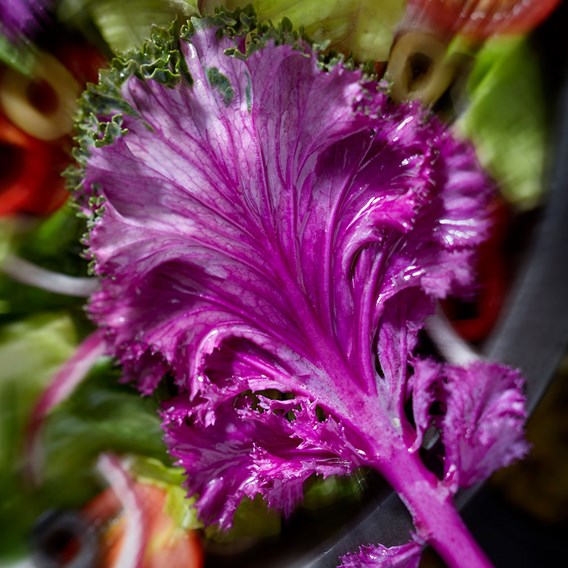 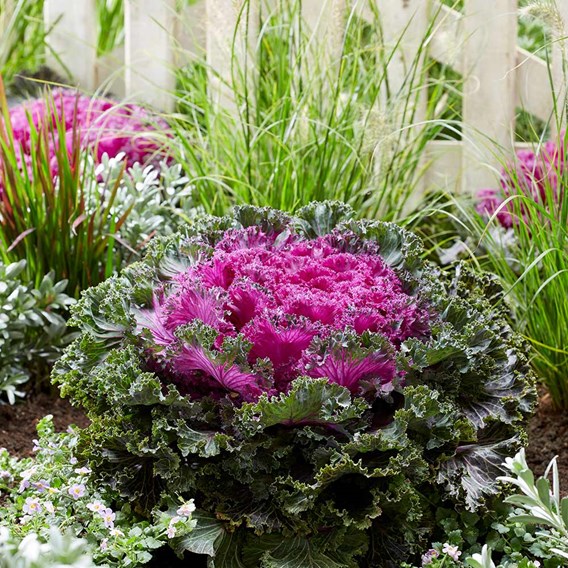 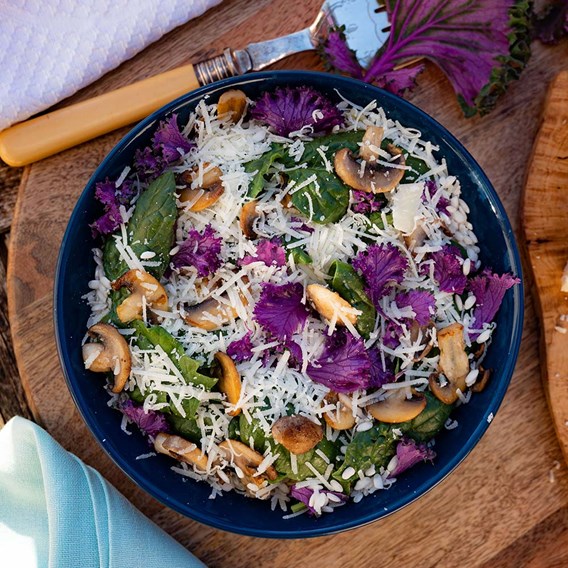 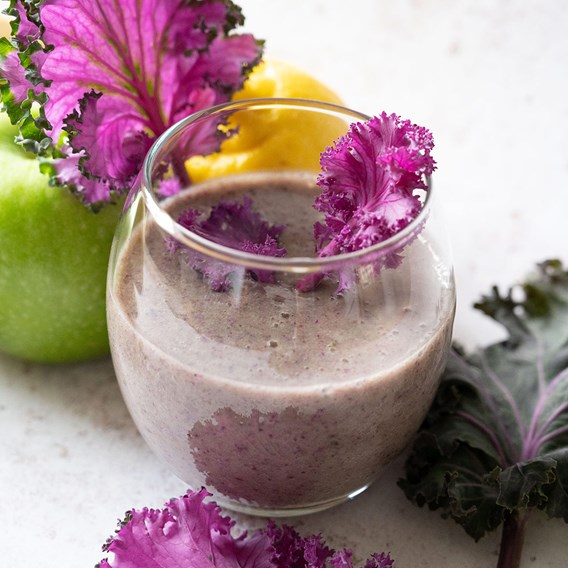 Taking over a decade to create this unbelievable plant, the Brassica Breeding Programme took over 40,000 labour hours! The Kale Rainbow Candy Crush has new growth as a vibrant fluorescent pink colour, where older leaves remain a traditional, luscious green. Plants hold well in the ground, keeping their stunning pink colour for months, so perfect for ornamental purposes as well as making you veg plot look amazing!

Bred to produce significantly more leaves than any other kale for its height, with a reduced space between the leaf internodes. It's not just a good looker, this kale is also crispy and tasty, perfect to add to salads raw, blitzed in a smoothie or steamed to produce delicious cooked leaves which stay dark purple. - High in antioxidants and rich anthocyanins, which are reported to help prevent cell damage. Perfect to make healthy kale crisps, simply toss with some oil, salt and pepper, then bake until crisp.

A new and exciting ground breaking introduction from Brassicassa!

This brassica breeding program was set up with a single objective in Pennsylvania in the US.. To move the brilliant pink and red colours from traditional flowering kales into edible brassicas. The project was referred to as the "crossover project", one designed to produce ornamental edibles and edible ornamentals! Was it possible to create fluorescent pink leaf kale? After investigation, it seemed possible to also improve the nutritional value by developing deep dark coloured Kales and to improve cutting yields by decreasing internode length and increasing leaf count.

The first crosses were made in 2008 and with Brassica breeding being slow, the following 10 years were spent developing inbred lines derived from those initial hybridizations. For many of these years typically 500-1000 lines were grown every year. With it being a slow and lengthy project and many of the individual crosses being pollinated by hand, the total edible ornamental Kale programme typically took 8-10 technicians each week for 18-20 weeks a year, resulting in a total of around 40,000 labour hours and costing in the region of $3,000,000 for the total project to create such a groundbreaking development.

After all of this, by 2020 the project proved a massive success with a huge increase in flavour in the crossover types. The leaves of our hybrid kales are sweet. Not bitter. Not astringent. Most traditional flowering kales have leaves which can be quite bitter or astringent. Constant taste tests on each selection prevented any unwanted bitterness from being carried through and over the course of the crossover brassica project, it is likely that many, many thousands of kale leaves have been tasted in order to achieve such success. Traditional flowering kales are traditionally selected for a long-lasting ornamental life which is obviously not good for edible varieties so needed to be minimised to create a softer and more succulent leaf texture which was not easy to achieve.

Following over a decades work, success was achieved and the leaf colour was enhanced and increased the anthocyanin content in the pink kale selections. We expect this to also increase antioxidant values in these kales as well. Antioxidants are natural substances that may prevent or delay some types of cell damage. Diets high in vegetables or fruits, which are good sources of antioxidants, have been found to be healthy. We cannot guarantee that eating our beautiful kales will make you more healthy, but we can guarantee that our kales will be attractive to the eye, and taste good to the palate. 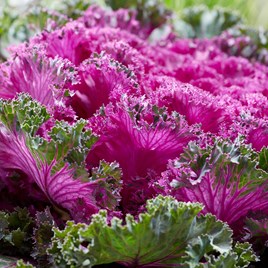