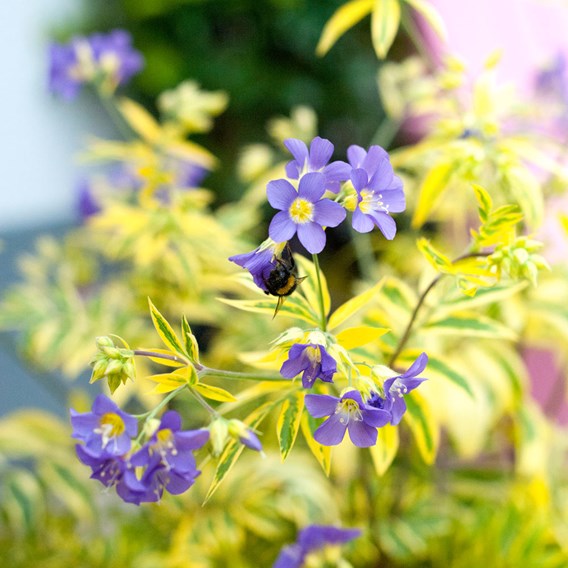 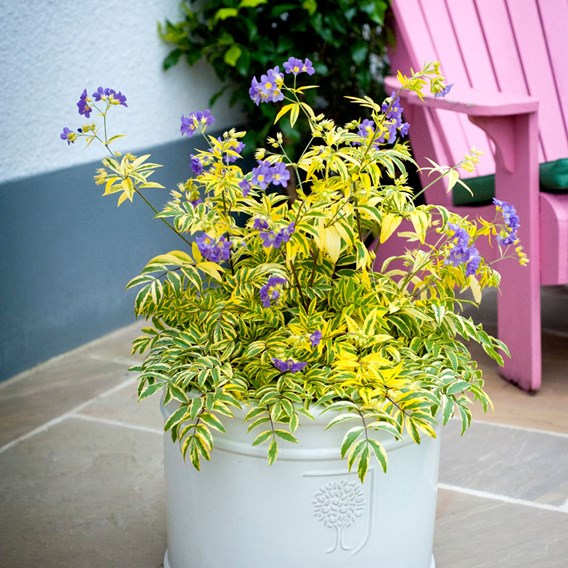 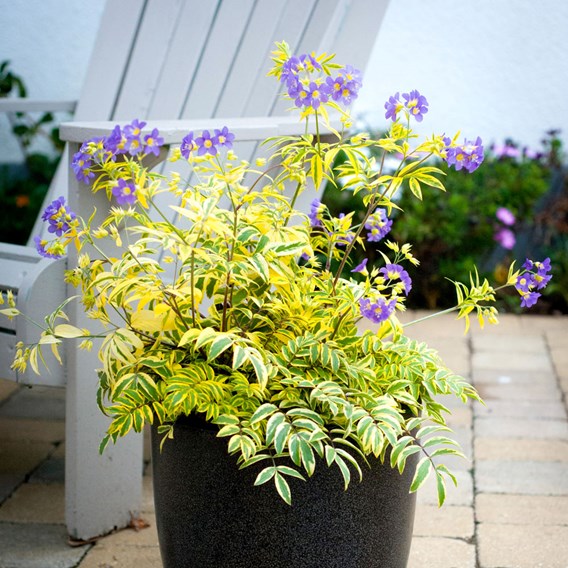 The bright golden variegation on this brand new perennial make it a real showstopper.

The broad golden edge to each leaf is what helps to make this plant unique and stand out in the garden all season even when not in flower.

The lavender or lilac coloured flowers are set off wonderfully by the foliage and appear in spring and last a couple of months.

Polemonium Golden Feathers was selected and developed by the team at PGA Innova Bred in Australia.

The team at PGA Innova Bred are based in Melbourne, Australia. The company is renowned for its innovative and targeted breeding programs. Headed by Steve Eggleton and Howard Bentley, they have launched many new ornamental varieties onto both the Australian and international markets over the past 20 years. Travelling extensively across the globe seeking superior genetic material, the Innova Bred team are consistently pushing the boundaries in ornamental horticulture so that gardeners can enjoy the very best plants.
“Our breeding is focused on introducing quality new ornamental plants. We recognise that success comes in all facets from propagation to production, retail presentation and of course - most importantly – outstanding garden performance.”

Polemonium Golden Feathers started life as a sport identified in 2016 in a production batch of Polemonium Lambrook Mauve. PGA imported Lambrook Mauve into Australia back in the 90's and it has been a solid garden performer since then. The clean and strong variegation stood out in the batch catching the plantsman's eye so the first plant was put aside for observation with little expectation that the variegation would be stable. As this plant grew the variegation held firm and the ensuing plant was indeed a striking specimen - especially when the mauve flowers of its progenitor were displayed delightfully against the bright variegation. So, multiplication was the next test, and this proved highly successful with divisions holding the variegation well and growing into handsome plants. 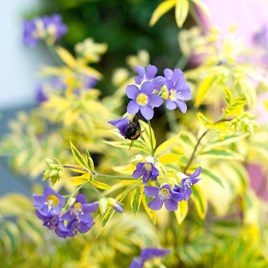