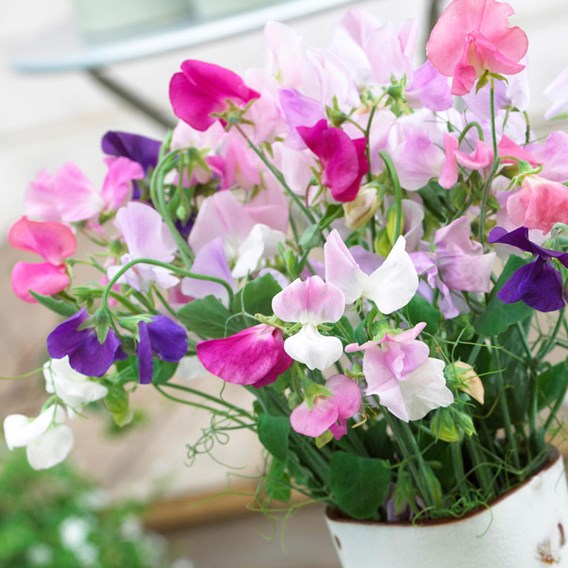 Don’t be put off by Jet Set’s smaller stature. What it lacks in height, it makes up for in appearance. Beautiful pastel shades of scarlet, crimson, blue, salmon, cerise and mauve look amazing in large terracotta pots, or climbing through your roses and shrubs. I used this mix several times on The Big Allotment Challenge.
Height 90cm (3'). Easy to grow. HA - Hardy annual. Low growing variety.

Rob's SPILLERS - Spillers can either fall away from the main arrangement down the sides, or they can spike up and out of the arrangement. They help create depth to the other flowers and help it feel more natural.

Sow in pots or boxes from January-March in a cool greenhouse, planting out 15cm (6") apart during late March-early June, after hardening off. Seeds can also be sown 2.5cm (1") deep outdoors from March-May, the final spacing of the plants being 23cm (9") apart. Alternatively you can sow September-October for earlier flowering the following year. 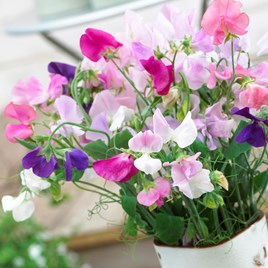