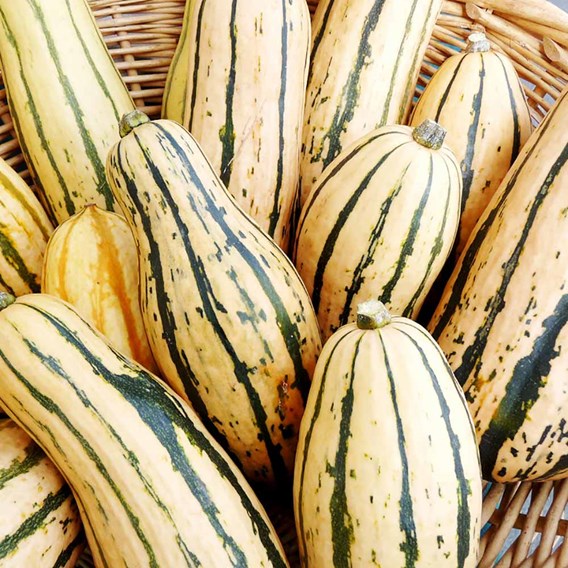 Rob says: “I first found this squash in the United states, California to be exact, and as far as I know, no-one else in the UK is selling this great old variety. This squash is easier to grow, and sweeter than a butternut squash. It’s more productive too. First introduced in 1894, Honeyboat can be left to crawl over the floor or trained up a frame, or wires. The fruits are super sweet with firm, deep orange flesh, the ideal size to serve 2 people. So, no half-eaten squash lurking in the fridge! It’s also got its own built-in best before date, as the green stripes will disappear as the squash ages, so you’ll always know which to eat first. This variety will keep you in roast squash, soup and any number of dishes all winter long, it’s a real keeper!

Sow under cover late April-May, and plant out when danger of frost has passed, allowing 60cm (24”) between bush varieties and 120cm (48”) between trailing plants. Harvest late September-October. 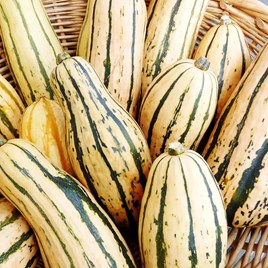